Manchester City kept their Carabao Cup defence firmly on track after easing past Arsenal with a 4-1 victory at the Emirates Stadium to book their place in the semi-finals.

Gabriel Jesus headed the visitors into an early lead in the third minute but Arsenal hit back against the run of play through Alexandre Lacazette (31).

However, the Gunners, who lost Gabriel Martinelli to injury just after half-time, were behind again in the 54th minute after goalkeeper Alex Runarsson let Riyad Mahrez’s free-kick through his hands and into the net.

Phil Foden added City’s third (59) with a deft finish, despite replays suggesting he had strayed offside, before Aymeric Laporte’s header (73) rounded off proceedings for Pep Guardiola’s side, who are now 18 games without a defeat in the League Cup as they bid to win the competition for a fourth straight time.

When is the semi-final draw?

How Man City strolled to victory in north London…

Arsenal made the worst possible start as Jesus headed home Oleksandr Zinchenko’s near-post cross with a little over two minutes on the clock.

Man of the Match: Riyad Mahrez

With the form they have been in recent weeks, you feared the worst for Arteta’s side and City continued to press forward with Mahrez’s goal-bound shot blocked by Cedric Soares and Laporte’s header inches away from adding a second.

However, despite City’s dominance, it was Arsenal who equalised out of nowhere. After an initial ball into the box had been cleared, Martinelli dug out a cross from the byline and Lacazette was on hand to emphatically head past Zack Steffen to level for the hosts.

Just before the break, City had a huge chance to restore their lead but Jesus, who was one on one with the goalkeeper, was denied by a stunning one-handed save from Runarsson, while Steffen had to be quick off his line to get to the ball ahead of Martinelli, who raced in behind the City defence in a bid to latch onto Joe Willock’s pass.

Martinelli took a worrying knock in that challenge with the goalkeeper, and despite coming out for the second half, he eventually limped off to be replaced by Nicolas Pepe.

The news would not get any better for the hosts as City regained their lead 10 minutes into the second half, Runarsson spilling Mahrez’s free-kick, which was straight at him, into the net.

Guardiola’s side then turned on the style as Foden drew Runarsson off his line before producing a fine finish to lift the ball over the onrushing goalkeeper – although the England man was lucky that VAR was not in operation as he strayed offside when the ball was played through.

What the managers said…

Arsenal boss Mikel Arteta: “Against this level of opponent, they penalise you and make it very difficult. We have a great counter-attack moment but they then score in an offside position and you end up losing the game again.

“It’s a hard one to take, considering how the game went. This level of opponent, when you give the goals away it makes the game impossible. A lot of strange things are happening in every game and that makes things really difficult.

“We have to turn it around round – there is no question with the fixtures we have it’s going to decide our season. On the basis of what we have shown tonight against difficult opponents, I have fighters in my team. Yes, I have fighters.”

Man City boss Pep Guardiola: “Both teams need to score goals, we score four. We changed the set-up, they score a good goal, after the second half we had more fluidity. The second goal helped, the third maybe offside, so that makes a difference. After 3-1, it is a completely different game.

“We put another player in the position, we can make it dangerous. We score a goal, we had a good moment, didn’t suffer and they could not make passes in a row, but they changed, pressed better. The second half we adjusted and were a little bit more comfortable.

“The last two or three years, we have scored a lot of goals and this year we struggle, but of course goals are important. It is good for the rhythm for the players that haven’t played. For four years in a row, we are in the semi-finals which is a good achievement in this competition.”

Man of the match – Riyad Mahrez

Sky Sports’ Alan Smith: “Mahrez was a threat all night. he won a few free-kicks with those quick feet on the edge of the penalty area. He also got a goal courtesy of Runarsson’s spill. He’s such an awkward customer to face. He’s so elusive.”

Mahrez: It was a solid performance

“It was a solid performance. We started good and then they equalise. We got lucky with the free-kick and then we got the third one and then it was more easy for us. We cannot always dominate every game. They can score at any time but in the second half, we scored the second and the third and we made it more easy for us.

“I was surprised at the position of [Alex Runarsson]. He was so close to the post and luckily didn’t catch it properly and that was good for us. We’ve been struggling but it’s football. It’s not always easy to score four or five goals. Today we score four goals and it was a solid performance.”

Report and free match highlights from the Brentford Community Stadium as a Josh Dasilva goal sees the Bees beat Newcastle in their Carabao Cup quarter-final on Tuesday night, reaching their first major cup semi-final in the process.

Brentford progressed to a first major cup semi-final in their history as they beat Newcastle 1-0 in their Carabao Cup quarter-final.

Never in their 131-year existence had the Bees made it to the last four of either the FA Cup or League Cup, but Josh Dasilva’s second-half goal (66) was enough to see the club reach that stage on Tuesday night. Steve Bruce picked a strong side as he continued his commitment to cup competitions at Newcastle, but they failed to carve out many clear-cut chances at the Brentford Community Stadium, eventually falling to a hugely disappointing defeat against the Championship side.

How Dasilva fired Brentford to victory and history…

Brentford boss Thomas Frank left key forwards Ivan Toney and Bryan Mbeumo on the bench, and that may have been why they missed some of their better chances in the first half.

Two of their best fell to their understudies. First after 23 minutes, Saman Ghoddos rattled the crossbar after being teed up in the box by Dasilva. Then after 26 minutes, Sergi Canos headed wide from six yards after a corner had been nodded perfectly into his path by Ethan Pinnock.

Newcastle laboured a little but did carve out the occasional decent opening themselves. A fine ball on 36 minutes from Jonjo Shelvey found the run of Ryan Fraser, but his powerful drive was palmed over by Luke Daniels. 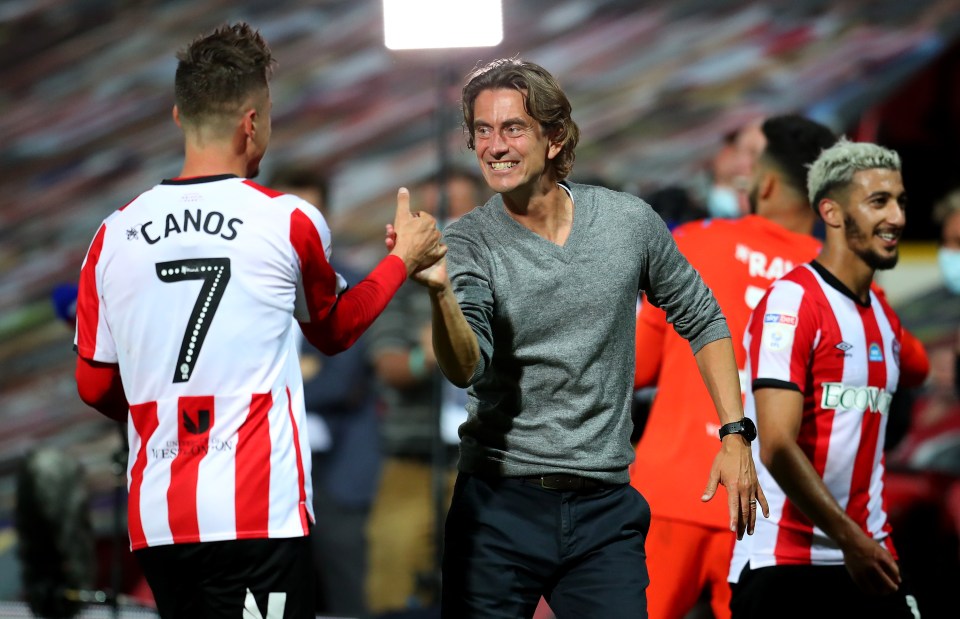 Man of the match: Josh Dasilva

Newcastle were the first side to make significant changes in the second half, as Bruce threw on forwards Dwight Gayle and Joelinton to try and find a breakthrough, but it was Brentford who took the lead moments after those changes.