At £1,799, consumers in the UK it is certainly not aimed at the lower end of the market. Samsung has unveiled its third attempt at a foldable phone today, which is also its first 5G-compatible foldable device.

The Galaxy Z Fold2 5G follows the troubled launch of Samsung’s first foldable phone which was planned for release in April last year.

The original device was shelved after journalists experienced breakages within a few days and problems with the display.

Some reviewers branded it “unusable” and a reworked second-generation phone was subsequently released.

In an accidental upload to the Samsung website the new device’s price was leaked before the launch itself, and at £1,799 for consumers in the UK it is certainly not aimed at the lower end of the market.

But for that price it comes with specs which even compete with some laptops, with 12GB of RAM, 256 GB of storage, and a 4,500 mAh battery – Samsung’s so-called “all day battery” – which will be needed if the device is running processes on that powerful hardware.

The storage is fixed, however, and the device doesn’t contain any ports for a MicroSD card.

Reviews have been positive, with TechRadar describing the device as “better in almost every way” than the original Galaxy Fold “except, perhaps for its name”, with particular praise given to its much larger screens.

An improved hinge mechanism also keeps the screens stable regardless of the angle they’re opened to which was not the case with the original Fold, and the mechanism has embedded brushes to keep it free from dust and dirt.

The cover screen measures 6.2″ from corner to corner, while the main screen is 7.6″ across and comes with a 120 Hz adaptive refresh rate – like the company’s premium Galaxy Note 20 Ultra – which will appeal to mobile gamers, a market segment that Samsung has been strongly targeting.

It follows the company revealing its new premium flagship smartphone,  the Note 20, alongside the new S7 tablet, Galaxy Watch 3, and its redesigned Galaxy Buds in August. 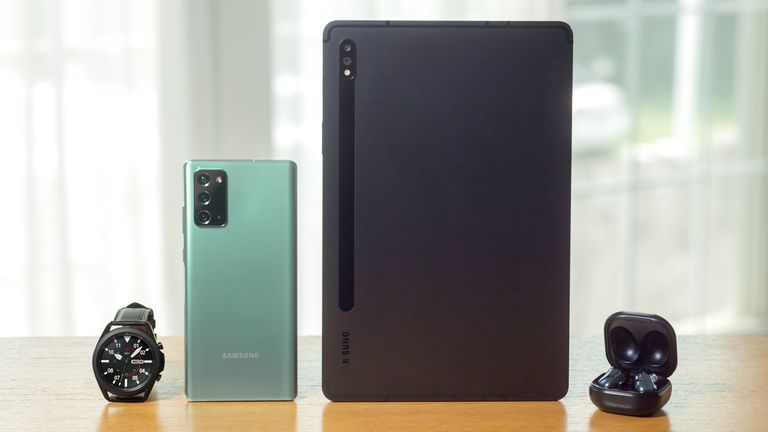