HELLO to a new Premier League season – a journey without maps

To everything there is a season. And to some of those seasons, a subsequent season that follows the mini-season that followed the main season: all of this eliding together into a single ceaseless season without end or adequate punctuation. A process that is, it seems, just about to start all over again.

Twenty days on from the Champions League final, seven weeks on from the end of the last league season, welcome back, roll up and take a biosecured seat for the autumn-to-summer grind of football in the time of plague. Next up: a first step into the wild frontier that is the 2020-21 Premier League 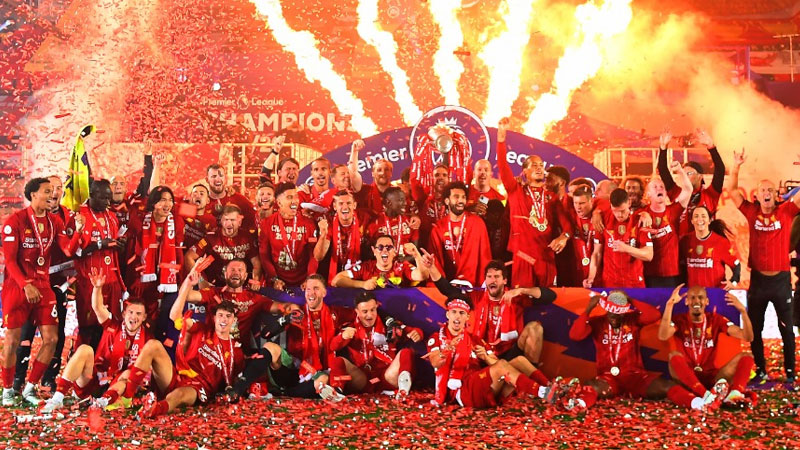 For English football this really is a journey without maps, an attempt to return to some modified version of reality at a time when the limits of the possible seem to shift every few days.

It is also the right moment to ask how this is going to feel. Nobody knows right now to what degree the public will be allowed to return to the spectacle. Nobody knows exactly how that diligently erected football bubble will hold up to resurgent winter infections and necessary risk-taking elsewhere.

The Premier League’s midsummer endgame was a brilliantly well-executed piece of pragmatism. But with no Covid-19 cure in sight, and a winter in store that could frankly bring anything from staged normality to some kind of toilet-paper-riots version of the Rapture, an entire virus-secured season is a daunting prospect.

And yet the games must go on. Not just so the wheels of industry can turn. But because our own basic human rhythms demand it, the need for distraction and consolation, for some form of shared collective experience. Death and anxiety have stalked the land these last few months. Right now sport, in its gaudiest, liveliest form, feels like the opposite of these, an act of resistance.

Plus of course the actual football part was just starting to get interesting. One of the benefits of the extended season was its summer training-camp effect. Last season was a transitional one for so many Premier League clubs. Manchester United, Chelsea, Leicester, Tottenham and Arsenal all appointed new managers in 2019. There was a general sense of clunking and clanking, of parts being rearranged.

Standards were low to middling. No Premier League team reached the Champions League semi-finals. Outside the runaway champs the usual top-six powers seemed to hit a simultaneous low in their cycle of build and bust.

By contrast, those nine games from June to July may have felt like a weird waking dream. But something did also shift. It seems clear Manchester City will build another front from here. The defeat of Uefa’s judicial chamber at the court of arbitration for sport remains the key late-season moment. A minor rebuild is necessary, but this is a team still capable of touching rare heights.

Manchester United went unbeaten in the final straight, grooved their three-man attack and found some deeper midfield gears. Chelsea have out-recruited everyone in the summer window so far. If the defence still looks brittle, there is now a startling attacking-midfield depth, and no question that Frank Lampard has the tools to do some kind of job, whatever that job might end up being.

Spurs have Harry Kane back and a few more months to digest the methods, tactics and peculiar tonal presence of José Mourinho. Mikel Arteta spent a month pointing furiously and stamping his designer skateboard shoes across various ghostly touchlines, but saw the first signs of that ingrained Arsenal slackness starting to flex and tighten.

Either way the prospect has shifted. The champions are already strong. The rest will get stronger. Who knows, with a little luck the Premier League might even muster up that rarest of things, a title race involving not just one, but two, perhaps even three post-Christmas hopefuls.

On the upside there is genuine fascination in the return of Leeds United. Marcelo Bielsa’s team will play with a buccaneering elan when the wind is at their backs. West Brom are also back with a few familiar faces and a powerful team chemistry. Fulham seem quite likely to be Fulham once again, which is a nice thing.

Off the pitch there is, as ever, room for assorted improvements. In an ideal world VAR will be refined – scaled back or ramped up where necessary. The drawing of wobbly blue lines is reportedly being finessed to dispense with some of the more year-3-maths-looking outcomes.

There is of course a good argument that VAR should simply be scrapped because of the extreme expense, the logistical drag, the basic pointlessness of dancing on the head of a pin over subjective points of detail in a time of crisis when amateur clubs and grassroots resources are going to the wall.