Real Madrid suffered their first LaLiga defeat of the season as they went down 1-0 in dismal fashion at home to minnows Cadiz on Saturday.

Promoted Cadiz set about disrupting the defending champions from the off and took a deserved lead through Anthony Lozano’s 16th-minute effort. 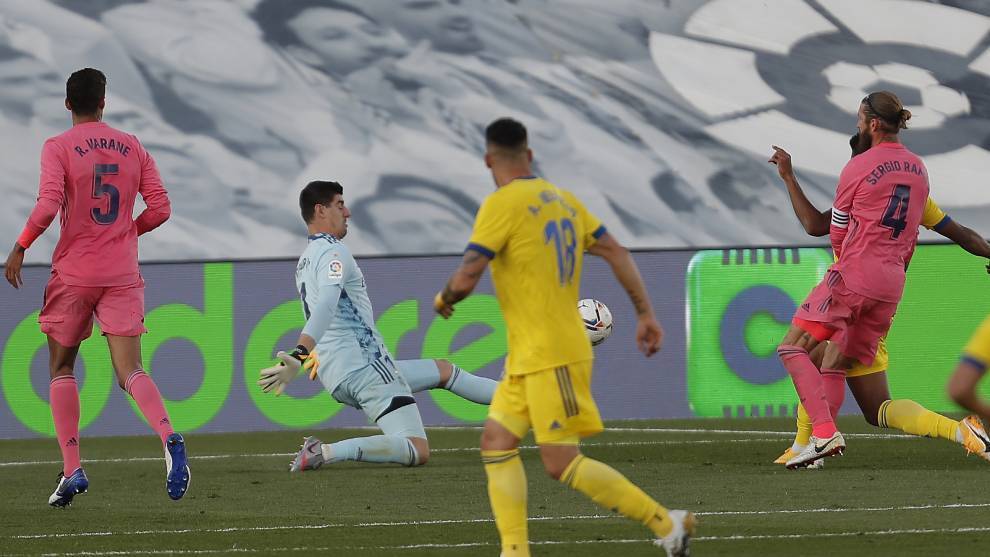 Thibaut Courtois denied Lozano a second before half-time, when Zinedine Zidane made four substitutions with an injured Sergio Ramos among the players to make way.

Luka Jovic had a goal ruled out and Karim Benzema hit the crossbar, yet Madrid’s sluggish play was not enough to overcome Cadiz’s stubborn rearguard and maintain their winning run, as the Andalusian side held on for a famous triumph.