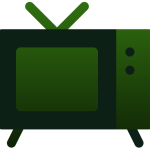 Germany star Leroy Sane is line to make his debut for European champions Bayern Munich when they begin their Bundesliga title defence against Schalke – his first professional club – on Friday.

It’s not quite a case of back to where it all began for Sane, since the opening game of the 2020/21 Bundesliga season is taking place in Munich rather than Gelsenkirchen – the home of Schalke.

The sentiment will be similar, though, as the 24-year-old looks to make his mark for the eight-in-row German champions against the club where he first made his name.

Sane made his Bundesliga debut for the Royal Blues in April 2014, and – after starring for both Manchester City and at international level – things have come full circle with a return to Germany.

Like Bayern and Germany captain Manuel Neuer before him, after all, the gifted winger first caught the eye in Gelsenkirchen.

“Our hearts are bleeding a little,” then-Schalke sporting director Christian Heidel said after Sane completed a move to Manchester City in August 2016.

“In Leroy we’ve lost a great footballer with a good character, for whom Schalke has reasons to be grateful.”

Schooled at Schalke, motivated by Munich

As well as helping the club become German U19 champions in 2015, Sane was part of the first-team set-up at Schalke for three years – netting 11 goals in 47 Bundesliga matches. Getting on the scoresheet in the Revierderbg against Dortmund was a highlight, but a spectacular strike in a 4-3 UEFA Champions League win away to Real Madrid in March 2015 brought him to wider attention.

With eight goals and six assists to Sane’s name in the 2015/16 Bundesliga season, he helped Schalke to a fifth-place finish before going on to lift seven trophies with Manchester City.

This summer, he is back to Germany as one of the most feared attacking talents in Europe. Having left his homeland at the age of 20 and now back in it a year after a cruciate knee ligament injury checked his momentum, the new Bayern No. 10 says he is a changed man.

“The Leroy from four years ago was quite a young guy who just wanted to play football and went through life easily – and so it should be,” Sane told 51, an official Bayern magazine. “I think that’s normal at this age.”

Within him, he says, there is still plenty of the child who enjoyed kicking a ball around the streets of Wattenscheid. However, the player capped 23 times by Germany suggested the move to Manchester helped him become more independent and to deal with responsibility.

“Life is about learning,” Sane said. “That never stops. That’s also a reason I came to Bayern now.”

It will be a special night for Sane on Friday if, as expected, he makes his first appearance for Bayern against his former club. It is, after all, a family affair when it comes to the Royal Blues.

His older brother Kim also came through the youth ranks at the 1997 UEFA Cup winners, and he played for their reserve side before dropping out of the professional game a couple of years ago. Sane’s younger sibling Sidi – aged 17 and also an attacker – is currently part of the Schalke academy set-up.

“Every title would be special for me because I haven’t won one in Germany yet [at senior level],” he told SportBild. “I’ll give everything to make it happen.”

And while he believes he has improved since leaving Schalke, he insists there is plenty more to work on at Bayern.