future at Arsenal to be resolved in matter of days, says agent | Unitedbacke
Skip to content

Mesut Ozil’s agent Dr Erkut Sogut has told ESPN that the player’s future is expected to be finalised in the next 10 days with the midfielder undecided over his next move.

The 32-year-old is free to talk directly to overseas clubs after entering the final six months of his £350,000-a-week contract with Arsenal and has attracted interest from the United States, Turkey, Asia and Qatar.
Reports in Turkey on Wednesday suggested he was on the brink of signing a three-year contract with Fenerbahce but no agreement is close with any club.

Fenerbache are one of several interested clubs along with MLS side DC United, whose interest was first reported in the U.S. back in August 2019, but negotiations are not yet at an advanced stage. 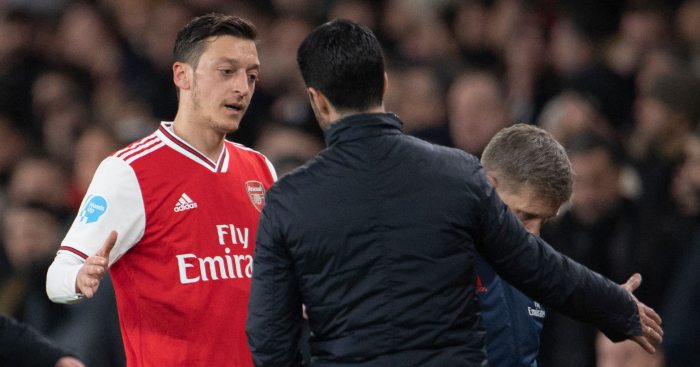 “We were not allowed to talk legally before Jan. 1 so now we are just starting to look at the options with the numbers and details,” Sogut told ESPN in an exclusive interview.

“I can’t talk about the clubs directly because it would be unprofessional but generally, there is six months left on the contract and it is nothing unusual that we will talk to people about different opportunities and try to find the best option for Mesut.

“He might stay at Arsenal until the summer but he might go. Mesut’s priority is to stay but you never know in football, things can change very fast. For the moment, we are just checking all the options for January and the summer.

“If we want to leave in January, I need to talk to Arsenal. If we sign for the summer, we don’t need to. That’s the situation. In the next seven to ten days, it will be a little clearer as now the transfer window is open, things can move faster.”

Ozil has not played for Arsenal since March 7 having been left out of the club’s Premier League and Europa League squads by manager Mikel Arteta.

The World Cup winner started Arteta’s first 10 Premier League games in charge after replacing Unai Emery as Gunners boss in December 2019 but has not been considered since refusing to take a 12.5% pay cut along with the majority of the first-team squad after failing to receive information over how the money would be spent.

Ozil has since donated a greater amount to helping London charities including social project “Ozil’s Warmer Winters” which aimed to provide 50,000 healthy meals and 10,000 gift packages to people in need over Christmas.

Arsenal confirmed to ESPN that they were not actively involved in discussions with any clubs regarding Ozil at this point.

Most he's had with the Celtics