The Boston Celtics will aim to advance to the Eastern Conference Finals on Wednesday evening. Jayson Tatum and the Celtics hold a 3-2 series lead over the Toronto Raptors after a lopsided win in Game 5, setting the stage for a must-win for the Raptors in Game 6. Serge Ibaka (ankle) is questionable to play for the Raptors, with Gordon Hayward (ankle) remaining out of action for the Celtics. 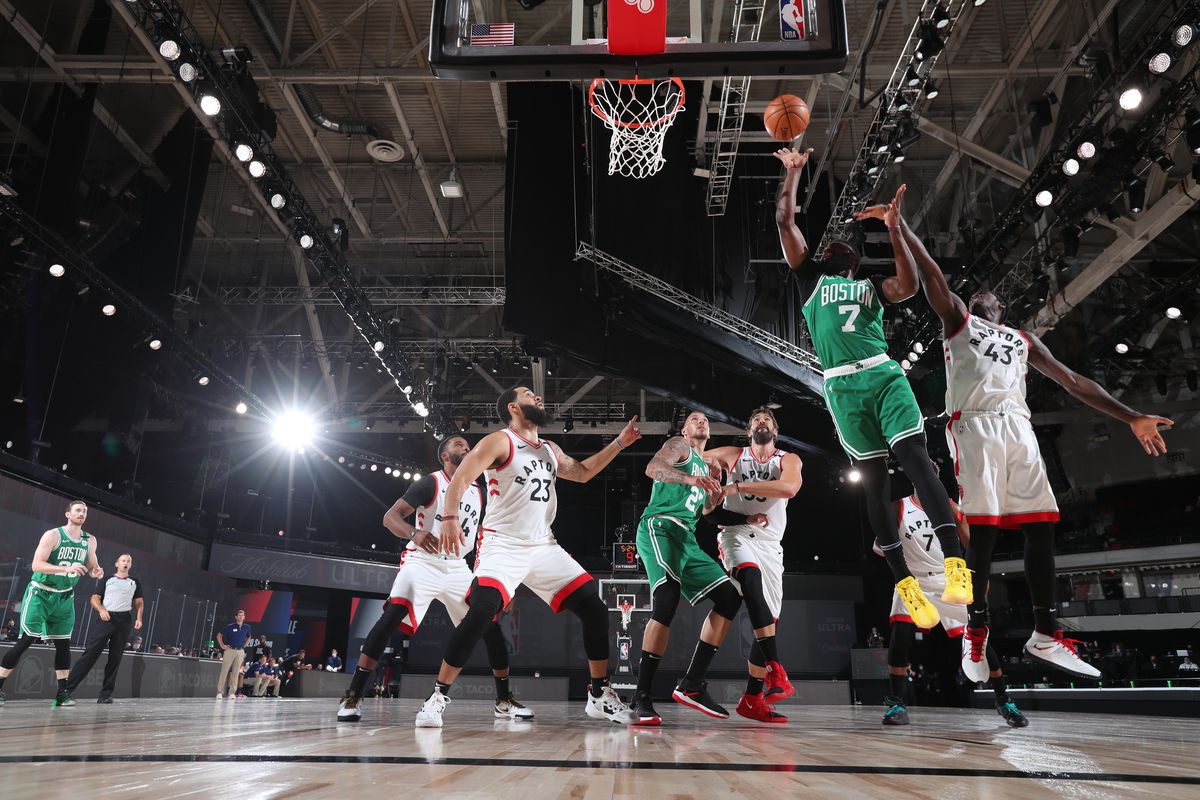 Tip-off is at 6:30 p.m. ET in Orlando. William Hill lists the Celtics as 3.5-point favorites, up from the opener, while the over-under, or total number of points Vegas thinks will be scored, is 210 in the latest Celtics vs. Raptors odds. Before you make any Raptors vs. Celtics picks, be sure to see the NBA predictions from SportsLine’s proven computer model.

The SportsLine Projection Model simulates every NBA game 10,000 times, and it’s already returned over $5,000 in profit on its top-rated NBA picks this season. It entered the week on a blistering 61-33 run on top-rated NBA spread picks, returning almost $2,500 on those picks alone. It’s also a sizzling 11-3 on top-rated picks since the NBA’s restart in July. Anybody who has followed it has seen huge returns.

Now, the model has set its sights on Celtics vs. Raptors. You can visit SportsLine now to see the picks. Here are the NBA odds from William Hill and trends for Raptors vs. Celtics:

Why the Celtics can cover

Boston was also a top-four team in both offense and defense in the regular season, finishing sixth in both turnover prevention on offense and turnover creation on defense. In addition, the Celtics have been able to limit Toronto’s transition offense, which is a huge key against the NBA’s leading team in fast break points this season.

Why the Raptors can cover

The Raptors are fighting an uphill battle in the series overall, simply by nature of being forced to win back-to-back games to avoid elimination. However, Toronto has reasons for optimism in a one-game sample. The Raptors remain a tremendous defensive team, ranking No. 2 in the NBA in defensive rating during the regular season and No. 3 in the same category during the playoffs. Toronto ranks No. 6 in the playoffs in defensive rebounding and, with plenty of experience and a top-tier coach in Nick Nurse, the Raptors should have confidence in their defense.

Offensively, it has been a struggle against a pesky Celtics defense, but the Raptors rank No. 3 in the playoffs in assist rate, while leading the postseason by committing 2.07 assists for every turnover issued. Toronto also excels at avoiding turnovers, giving the ball away on only 12.6 percent of possessions in the playoffs, and the Raptors can lean on a potent guard duo of Fred Van Vleet and Kyle Lowry for shot creation.

How to make Raptors vs. Celtics picks

SportsLine’s model is leaning over on the total, with Marc Gasol and Jaylen Brown projected to exceed their season-long scoring averages. The model also says one side of the spread hits over 50 percent of the time.