Manchester United up to third in the Premier League table after beating Leeds United 6-2 at Old Trafford; United five points behind Liverpool with a game in hand; Liverpool vs Man Utd live on Sky Sports on January 17

Roy Keane believes Manchester United can push Liverpool for the Premier League title and could be the reigning champions’ closest challengers.

The former Man Utd captain has been a fierce critic this season of Ole Gunnar Solskjaer’s team. 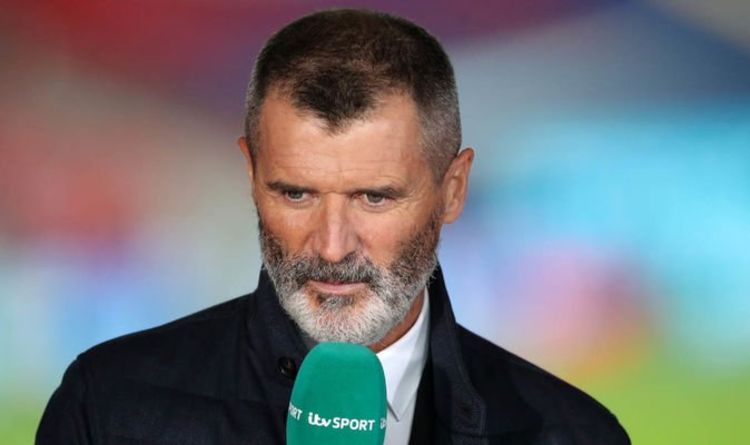 But after watching Man Utd dismantle Leeds United 6-2 on Sunday, Keane has acknowledged his opinion has shifted.

“I think over the last few months they’ve been heavily criticised, particularly over the home record. I’ve been quite critical of the back four, the goalkeeper, questioning where this team is going, but the name of this game is proving people wrong,” Keane told Sky Sports. “Maybe, just maybe, this group of players can do that.”

The thumping victory over Leeds has propelled Man United to third in the league table, five points behind Liverpool but with a game in hand.

“They’ve been winning games, and that’s all you can do. United are in a great position considering how slow they were out of the blocks. If United can get their house in order at home, there’s no reason why United can’t stay up there.

“I think Liverpool are still the best, but there’s no reason why United should be fancying their chances in terms of pushing Liverpool.”

United’s position in the league table for Christmas is their best since Sir Alex Ferguson departed. This time 12 months ago, they were just eighth, a mammoth 24 points shy of the summit. “Manchester United were excellent,” added Keane. “What Leeds left for United was space. We always thought Leeds were there for the taking.

“It’s a big boost for United. Liverpool are still the strongest, but United could be the best of the rest.”

But while Keane was impressed with Manchester United and optimistic for their prospects, he was underwhelmed by a subdued Tottenham side which meekly surrendered to a 2-0 home defeat to Leicester.

Having briefly gone top of the league with a win over Arsenal at the start of the month, Tottenham have collected just one point from a possible nine over the past seven days.

“It’s been a bad week for Tottenham,” said Keane. “You can tell that Mourinho is fuming. There was no spark, there was a softness. They need to bounce back quickly.

“There was no intensity from Spurs. They never got going and gave away two really poor goals.”

Keane’s most vehement criticism was reserved for Serge Aurier, who conceded the match-tilting penalty Jamie Vardy converted on the stroke of half-time with an ill-judged challenge on Wesley Fofana.

“There is a word to describe it: madness! I need to be careful what I say about this defender. We’ve been on this road before with him. Utter madness,” said Keane. “There is no danger, Fofana is not in on goal, Aurier is an experienced player – madness. He wasn’t thinking, this lad doesn’t think.”

Since joining Tottenham in the summer of 2017, Aurier has conceded four penalties in the Premier League, a tally only dwarfed by David Luiz.

Who won the trade?

The final 25 spots are announced tonight on @nbaontnt #NBA75