Sevilla’s relationship with the Europa League continues to live on after they beat Inter Milan 3-2 out of an exciting last away from plain view on Friday in Cologne to win the trophy for a record-broadening 6th time.
Diego Carlos, wearing a gauze on his leg, struck the game’s decider in the 74th moment with an overhead kick which took an immense redirection off Inter forward, Romelu Lukaku. 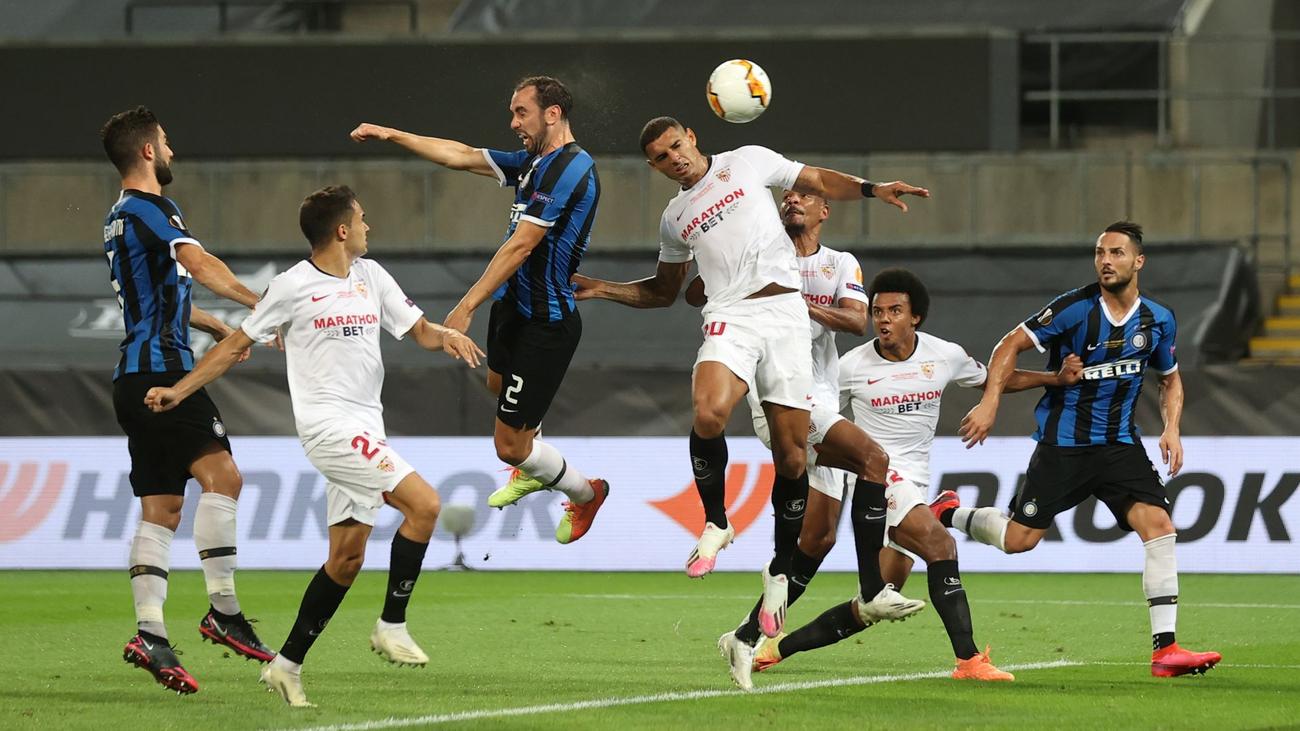 There was added intrigue as Diego Carlos looked to have denied Lukaku a clear scoring chance when he felled the Belgian in the fourth minute, with Lukaku dusting himself off to fire Inter into the lead while scoring his 34th goal of the season.

Sevilla soon equalised with a header through Luuk de Jong then the Dutchman struck again with a header to give his side the lead in the 33rd minute, only for Inter defender Diego Godin to also score a header moments later to make it 2-2.
The match was played without any fans in attendance due to the COVID-19 pandemic.