Voting advocates are warning that ballots mailed in now may not arrive in time to be counted and should be dropped off at voting facilities instead.

A voter casts her early voting ballot at a drop box outside of City Hall on October 17, 2020 in Philadelphia, Pennsylvania, the United States [File: Mark Makela/Getty Images] 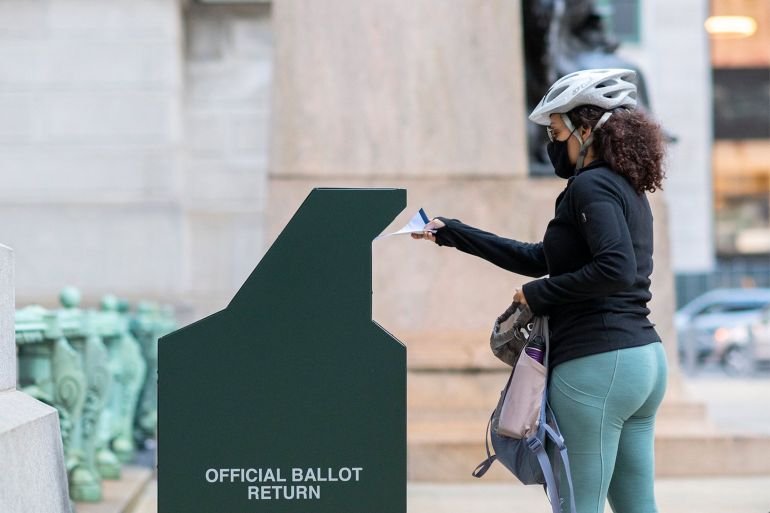 Delivery by the U.S. Postal Service remains slow despite the intervention of federal judges and some voting advocates say ballots not in the mail now may not arrive in time to be counted and should instead be dropped off at voting facilities.

On-time delivery dropped the week ending Oct. 16 across three categories including the First Class service accorded to mailed ballots, the Postal Service said in a news release on Friday. According to the service, 85.58% of First Class mail was delivered on time, down 0.57% from the previous week.

“First-class mail service is now nearly as bad as it was during the worst period this summer. Eight days before the election, this is quite troubling,” Paul Steidler, a senior fellow at the Lexington Institute policy group who analyzes logistics and the postal service, said in a blog post Monday. 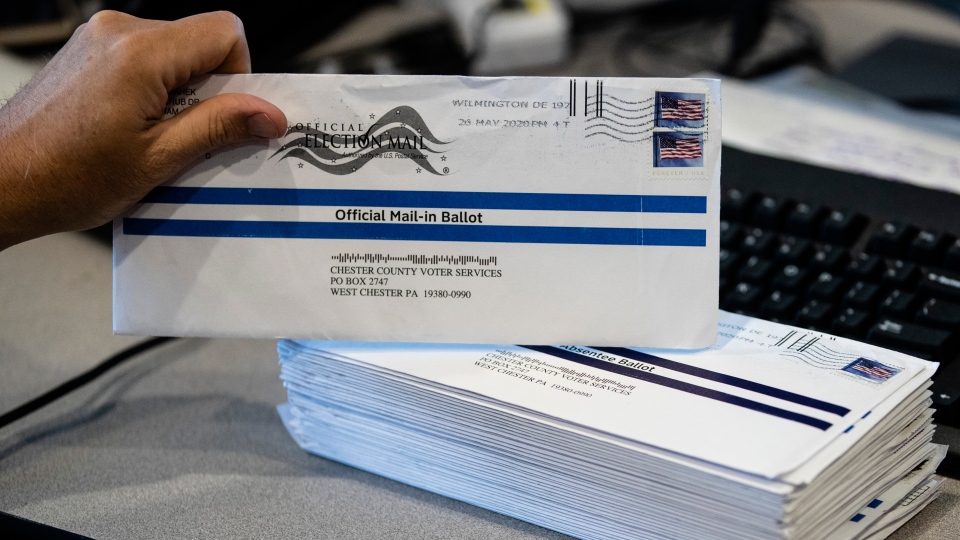 “If ten million ballots are mailed in by voters two days before their states’ respective deadlines, 1.4 million will be late. The quickest standard for first-class mail is two-day delivery,” Steidler said.

Across the country, more than 40 million people already have voted by mail, with ballots returned by Democrats outpacing those coming back from Republicans, according to the U.S. Elections Project that tracks early voting.

Democrats have accused Postmaster General Louis DeJoy, a major Republican donor, of implementing a series of disruptive operational changes over the summer at the Postal Service — such as banning employee overtime, restricting late delivery trips and dismantling hundreds of high-speed mail-sorting machines — just as the nation faced a record surge of mail-in ballots because of the coronavirus pandemic.

Several judges issued nationwide injunctions against the changes in lawsuits filed by groups of Democratic-led states, but the states now argue those orders haven’t succeeded in speeding delivery. Even so, their requests to appoint an independent monitor at the USPS to ensure compliance with the injunctions have been denied.

Since a furor over slow mail erupted this summer, DeJoy and the Postal Service have said delivering ballots is a top priority. President Donald Trump has, without providing evidence, criticized voting by mail as prone to fraud.

Update: Rep. Louie Gohmert of Texas, who refused to wear a mask, tests positive for COVID-19