After the LA Lakers win, Brady tweeted out a photoshopped picture of James’ head on Brady’s body, after the original photo depicted Brady thinking it was still fourth down during Week 5’s “Thursday Night Football.” The Buccaneers lost to the Bears after Brady misremembered the downs. Less than a week later, though, Brady had some fun with it to give James props for winning the 2020 NBA Finals on Sunday night.

In 2019, James was asked about how long he might continue playing. He referenced Brady’s longevity in his answer.

“Me and Tom Brady are one and the same,” James told reporters. “We’re gonna play until we can’t walk no more.”

When Brady heard about James’ comments, he provided his own thoughts of admiration for James.

“We’ve been friends for a long time. Yeah, I’ve always admired him,” Brady said, according to WEEI’s Ryan Hannable. “He’s a great athlete, player. I think he loves the sport, he loves basketball, he loves the competition. I feel the same way about football.” 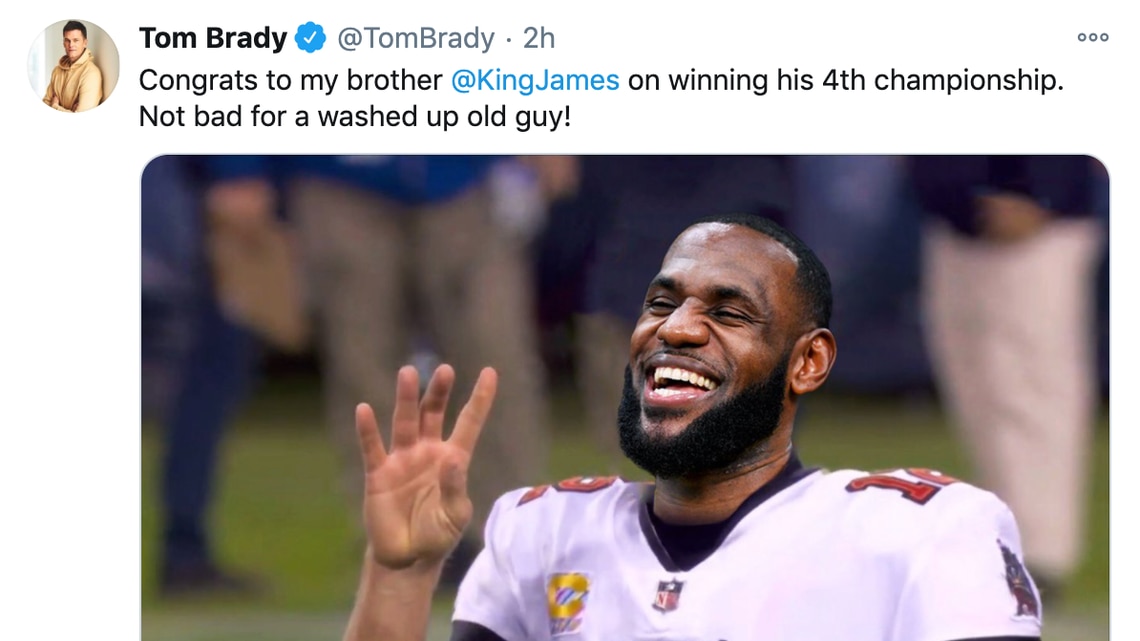 Brady, 43, has James, 35, beat when it comes to total championship rings. Brady has won six Super Bowls compared with James’ four NBA Finals crowns. Brady’s six rings tie him with Michael Jordan’s six NBA championships. Titles often lead off the greatest of all time arguments in both the NFL and NBA, with Brady pretty firmly holding on to the G.O.A.T. title in football while James is breathing down Jordan’s neck when it comes to the greatest to ever play hoops.