Viruses mutate all the time, including the novel coronavirus that’s caused the global pandemic. But a variant that emerged in southeast England in September is causing particular concern, leading to an emergency lockdown in London over Christmas and prompting countries including Canada, France and Germany to halt flights and suspend rail links to the U.K. 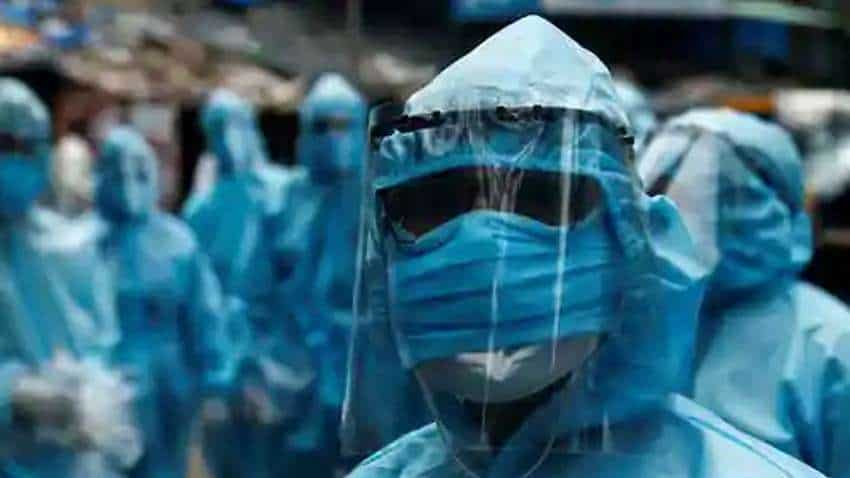 1. Why is this mutation alarming?

Preliminary analysis in the U.K. suggests it may be as much as 70% more transmissible than other circulating SARS-CoV-2 strains and contributing to a spike in cases in the country. Dubbed the “B.1.1.7 lineage,” the strain has acquired 17 mutations compared to its most recent ancestor — a faster rate of change than scientists typically observe. Some of those are in key areas involved in the virus’s ability to infect cells. The World Health Organization is working to understand the extent to which the virus may spread more easily, along with human behavioral factors that may be driving transmission. Maria van Kerkhove, the organization’s technical lead on Covid-19, told the BBC on Dec. 20 that the WHO is also investigating whether the mutation causes more severe illness and can evade the antibodies generated by vaccination.

2. What’s known about when it emerged?

The two earliest known specimens were collected in late September in London and the nearby county of Kent, and cases continued to be found through early December. One reason the new variant proliferated was that its emergence coincided with the festive season traditionally associated with increased family and social mixing. Scientists have hypothesized that the strain may have resulted from the transmission of the virus from a chronically infected patient.

3. How quickly has it spread?

The new variant was responsible for 62% of SARS-CoV-2 infections in London in the week ending Dec. 9, up from 28% in early November, according to Paul Hunter, a professor of medicine at the University of East Anglia’s Norwich School of Medicine. Since only about 10% of SARS-CoV-2 samples from U.K. patients undergo genetic sequencing, the number of known cases is an underestimate of the true number. As of Dec. 15, 1,623 virus samples were identified as belonging to the B.1.1.7 lineage — 519 from patients in Greater London, 555 in Kent and 545 in other regions including Scotland and Wales. Four were in other countries.

4. Where else has the virus been seen?

Cases have been identified in Belgium, Denmark, Iceland, Italy, the Netherlands and Australia.

A model of how it can work

5. Is it driving Covid-19 transmission?

Yes, most likely, according to U.K. health officials and advisers. While factors such as people congregating indoors more in colder weather may also contribute to spread, the new variant has become the dominant strain in some areas, suggesting it has a selective advantage over other versions, according to the U.K.’s New and Emerging Respiratory Virus Threats Advisory Group.

In minutes from a Dec. 18 teleconference, the group noted that the B.1.1.7 lineage may result in an increase in the basic reproduction number, or r0 (the number of new infections estimated to stem from a single case) in the range of 0.39 to 0.93 — a “substantial increase in transmissibility compared to other variants.” Infection rates in areas where the strain has been circulating have increased faster than expected, Public Health England said Dec. 20. It added that there is no evidence the new variant is more likely to cause severe disease or mortality.

6. How many other mutations are there?
Viruses constantly change through mutations that arise naturally as they replicate and circulate in their hosts. As a result of this ongoing process, many thousands of mutations and distinct lineages have already arisen in the SARS-CoV-2 genome since the virus emerged in late 2019. A new variant in South Africa, known as 501.V2, has driven a surge in infections there, according to country health officials. As mutations continue to arise, novel variants are increasingly found, with the vast majority of mutations having no apparent effect on the virus. Scientists pay most attention to mutations that involve genes like the one that encodes the SARS-CoV-2 spike protein, which is altered in the U.K. variant. Targeted by vaccines, this protein is associated with viral entry into cells and influences immunity and vaccine efficacy.

7. Will vaccines still be effective?
The extent to which SARS-CoV-2 may evolve to escape immunity induced by infection or vaccination isn’t currently known. The WHO’s van Kerkhove told the BBC that current information suggests that the new variant doesn’t have any impact on the vaccines being rolled out. Vaccine makers including BioNTech SE, AstraZeneca Plc and CureVac NV have said they don’t believe their vaccines’ efficacy will be affected. Over time, however, as more mutations occur, vaccines may need to be altered. This happens on an annual basis with seasonal flu, which evolves quickly. Unlike flu, coronaviruses have a genetic self-correcting mechanism that minimizes mutations. Covid-19 shots that have proved effective in trials can be easily tweaked if necessary, vaccine makers said.

Pirates are trading RHP Joe Musgrove to the Padres for a "large package of prospects," per @JeffPassan

Watch Suns vs. Grizzlies in the B/R app and on @NBAonTNT