The Mercedes driver took the chequered flag a huge 25.592 seconds ahead of second-place team-mate Valtteri Bottas on Sunday, and 34.5 seconds clear of Red Bull’s Max Verstappen for his eighth win of the season.

Hamilton had equalled Ferrari great Michael Schumacher’s record 91 wins at the previous race at the Nuerburgring.

He also took an extra point on Sunday for the fastest lap to extend his huge championship lead to 77 points over Bottas with just five races left in the coronavirus-affected season. 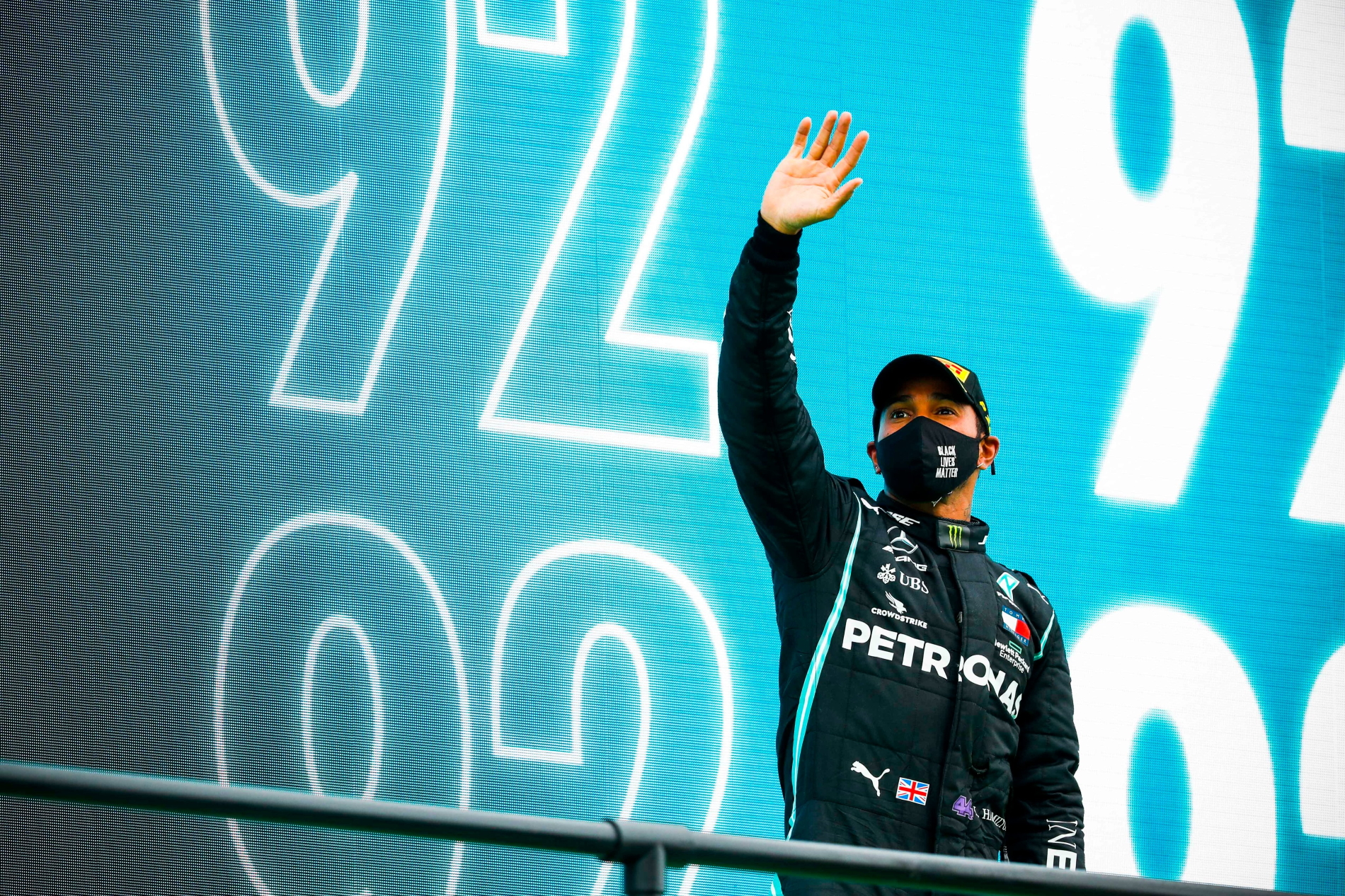 Hamilton is within reach of equalling Schumacher’s record of winning seven championships.

He took a record-extending 97th career pole position, starting ahead of Bottas and Verstappen on a track being used for the first time in F1.

“I only ever dreamed of being where I am today,” he said after the race and a long hug with his father Anthony, who managed his early career.

“I didn’t have a magic (crystal) ball when I chose to come here (Mercedes) – and all we have ever tried to do is make the most of it every single day. We are all rowing in the same direction.

“I have got my dad here which is amazing and my step-mum Linda – and Roscoe (his dog) – so it’s a very special day. It’s going to take time to sink in, but I was still pushing coming across the line.” 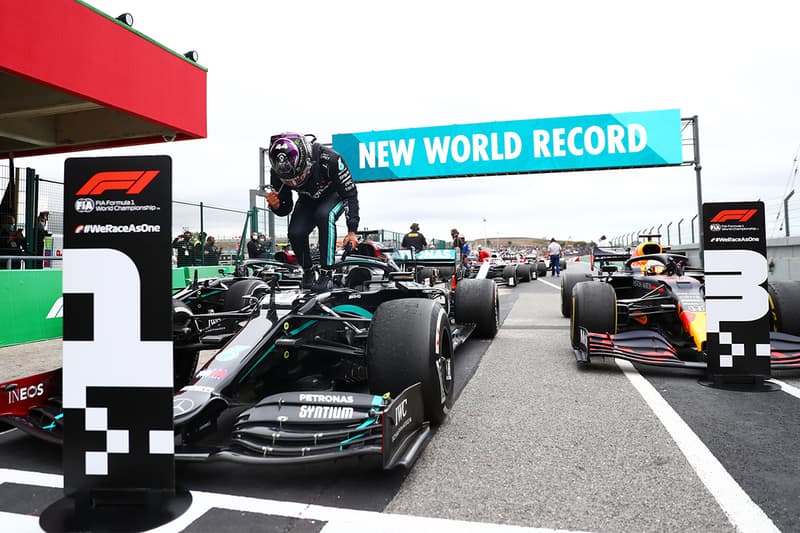 On the team radio, he emotionally told Mercedes that it was “such an honour to work with you” and his race engineer Peter ‘Bono’ Bonnington replied, saying: “It’s the same here, an honour, genuinely.”